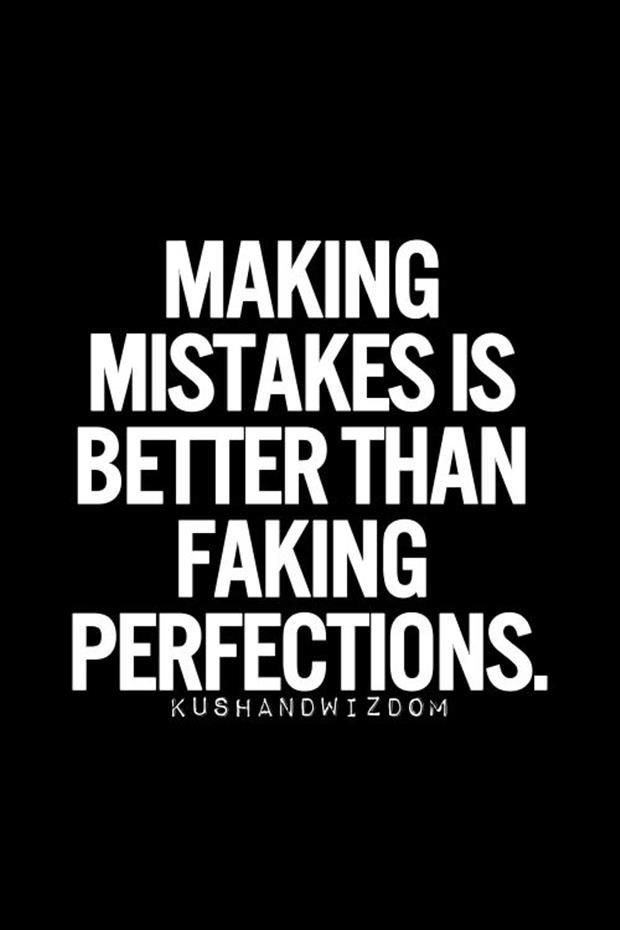 If I am not making at least three mistakes a day, I am not trying. My greatest opportunities are waiting for me to have the courage and willingness to attempt them. The least I can do is step up to the plate and swing the bat. Sometimes I will foul off a curveball and learn to be more patient. On occasion, I will whiff on some high heat and gain some perspective regarding the challenge and some skills I need to develop. In a few instances, I will get hit or brushed back and end up on my butt looking foolish but if I get back up and step back into the box, I get another appearance at the plate. If I put my head down and slink off to the dugout, after striking out, I have missed the chance to improve, innovate and endure.
I am generally active in my world for 16 to 18 hours a day. If I take lots of swings and only whiff at a one every 5 to 6 hours, I am missing my share at the plate. Yesterday I wrote something rude and inane in an attempt at humour, I quoted the wrong James brother in an attempt to convince (and was corrected), I blurted out a thesis that I hadn’t thought through (as an extrovert, I do this many times a day) while trying to understand, in an effort to be curious I asked an impertinent question (without understanding my insensitivity). I wrote 750 words in an ongoing chapter, most of which turned out to be crap – but there is one sentence that has possibilities. I met 4 new people and all of them were generous and supportive about a ‘big idea’ that I shared with them and I was interested and present as they recounted what they are working on.
I ran in the rain, laughed with a stranger, ate with a friend, slept well and dreamed hard. The last sentence weren’t risks or mistakes but not that long ago they would have been unusual. I took steps to make them possible and now they seem familiar rather than odd.
A speaker yesterday, suggested that we need to let out crazy ideas out because they just might work. I have no shortage of absurdity wrestling for space in my head and now I have been given permission to give voice and action to more of it. If 3 out of 10 turn out to be viable and feasible, I will be thrilled with that average. If 1 in 100 is a home run, I still get to run the bases one more time than someone who is sitting in the stands watching the game being played by others. If my timing is right and my idea scores for me but also adds remarkable value to the efforts of three other crazy folks, then we are on our way to achieving another reason to celebrate our teamwork,
Even if I don’t clear the bases 99/100, the one grand slam is still exhilarating.
What risks can you take this morning? tomorrow? this week? Are you willing and maybe excited with the freedom and permission to make mistakes? Would you be willing to create a “My Mistakes” journal and record all the times that you pushed the envelope and had it tear? Would you commit to celebrating the 1/100 big success and commit to learning from the 99 stumbles?

If you have the confidence and courage to shake up your days, your week, your life and rattle some cages, leave a comment or contact me at bob@remarkablepeople.ca and we will figure out how we can connect and support each other.

Make Today Remarkable, by trying enough scary stuff so that you fail three times,
B

“If you’re not making mistakes, then you’re not doing anything. I’m positive that a doer makes mistakes.”  ~ John Wooden
“A life spent making mistakes is not only more honorable, but more useful than a life spent doing nothing.”  ~ George Bernard Shaw
“I think it’s important for scientists to be a bit less arrogant, a bit more humble, recognising we are capable of making mistakes and being fallacious – which is increasingly serious in a society where our work may have unpredictable consequences.”
~ Robert Winston

“You have to change your life for yourself, and it’s about the fun of getting there – sitting in the tour van, breaking down on the side of the road, you know, having a laugh with the guys in the band, making mistakes with nobody watching.” ~ Imelda May

I have 40 years experience in leadership positions with startups, businesses, academia, and non-profit sectors. View all posts by Bob McInnis